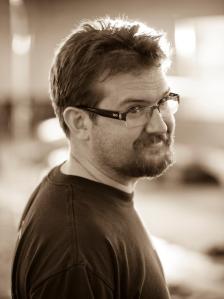 Pictures. Since 2002 Rea has written, directed, and produced numerous films, including two feature DVD releases in 2007 with “The Empty Acre” and “Heartland Horrors”, as well as winning two regional Emmy’s for the short films “Woman’s Institution” and “Get off my Porch”.  Working primarily within the horror genre, Rea has received many honors and awards for his work, with his films being  featured in film festivals around the world.

In honor of Halloween we thought we ought to talk to someone who knows just as much about horror as he does about filmmaking. Rea answered some of our burning questions about filmmaking, Kansas City, and of course horror.

KCFMO:   As a filmmaker who works within the horror genre, what would you say are the pros and cons of making a horror film?

Patrick:  “The horror genre lends itself to shooting on a lower budget.  The best horror films are made with limited resources and I think that appeals a lot to indie filmmakers.  The stories can be contained to a few locations and don’t require a huge cast.  There is a huge market for horror right now, so it’s also a lot easier to get the films to an audience.  However, the con is that there is so many horror films being made, so you have to stick out.  You have to really focus on writing interesting stories and have great performances and production value to back it up.  And then you have to face the challenge of making your money back where there is so much product out there to compete with.”

KCFMO:    For those not from our area, what is it like filmmaking in the KC area?

Patrick:  “KC’s a great town.  There are a lot of very talented and artistic people in the area who are passionate about making films.  We have the same gear / equipment here that they have everywhere else.  As a filmmaker you have to really learn to collaborate with great people in the area who you truly enjoy being around.  I also really love how willing people are to get involved and assist in providing locations and sometimes donating food.”

KCFMO:  What part of the filmmaking process do you find to be the most challenging, and why?

Patrick:  “Raising financing is always the biggest challenge.  It can take years and can be very draining.  However, there are always challenges that emerge during each step of the process.  I tend to do a lot of pre-production while prepping a shoot to avoid any issues that may arise, however something will always happen.  Just embrace the chaos.  My last shoot had camera malfunctions.  You can plan and plan all day, but in the end, something will happen and you just have to be ready to roll with the punches.”

KCFMO:   What influences you the most when you’re writing a script?

Patrick:  “Well, it all depends on where my mind is at the time.   I find inspiration in everything around me.  But most of my ideas come when I’m not even trying to think of something.  I’ll just be having a conversation or I’ll be driving somewhere alone and an idea will hit me.  I’m also inspired by current events, so I watch the news every night.”

KCFMO:  What would you say are 3 must see horror films? And/or what 3 films do you find inspiring to your work?

Patrick:  “I would definitely say that “The Shining”, “The Exorcist” and “Poltergeist” are three horror films I always recommend.  However, I prefer the guilty pleasure horror films like “A Nightmare on Elm Street” and “Friday the 13th” though.  The three biggest movies to influence me from my childhood have always been Star Wars, Indiana Jones and Jaws.  I’m sure a lot of people list those three movies, but it’s definitely true in my case.”

KCFMO: Your films have been shown in film festivals and cities around the world, and have received numerous awards. Do you have an honor or accomplishment that you feel most proud of? 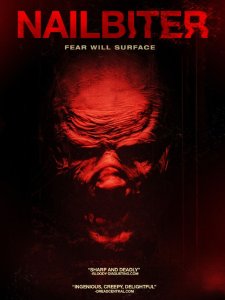 Patrick:  “I would say that having my film “Nailbiter” win Best Horror Feature at Shriekfest was very exciting.  To be honest, just getting a film in a festival always feels like a win.  The awards are an added bonus if they happen.”

KCFMO:  What projects are you working on now, and where can people find more information about you?

Patrick:  “I’m currently finishing post on my new feature film “Enclosure” starring Fiona Dourif and Jake Busey.  I’m also prepping a sequel to “Nailbiter” and hunting for financing.  I can be found on Twitter @patrickmrea and also on Facebook at https://www.facebook.com/patrick.rea.7.”

Thank you Patrick for your time, and insight. You can also check out Patrick’s short film “Pillow Fright”, as part of “Fun Size Horror: Volume 2”.