May 26, 2015 – We are thrilled to announce the first Kansas City two-hour episode of American Ninja Warrior will be – 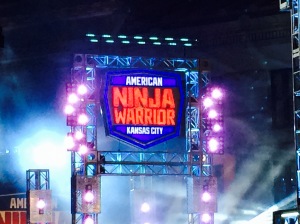 After months of waiting to find out if Kansas City was a confirmed site for filming we learned in January 2015 that Kansas City was awarded the show. American Ninja Warrior is a prime time show with an audience base of 6,000,000 viewers on NBC with repeat episodes airing as the number one rated show on the Esquire Network.

….I cannot thank you enough for how you guys have worked with us to make these episodes a reality.  Specifically, the work that you and Stacey [Union Station] have done to make this as painless as it has been is truly unique.

We could not have asked for a better experience. Everything from the Union Station location to the cultural activities have been universally praised by our staff and crew.

On a personal note, I want to thank you for your attentions to my staff, whom work tirelessly and often get little recognition.

Please feel free to use me a reference for trying to attract more projects in the future.

Services Department and Traffic Department at the City of Kansas City and City Manager’s Office worked together to get everything squared away for this large-scale production.

On March 10, the announcement was made public at a press conference at Union Station. ANW trucks pulled in to KC  April 11th to begin setting up the area and obstacle course. Filming took place Friday, April 17 and Saturday, April 18th beginning in the evening and lasting until the early hours of the morning.

On Sunday morning I received an email of thanks from the Executive Vice President of Production, Kristen Stabile, who was enjoying our gift of a cold Boulevard Beer after a long night of filming.

reported, twenty-five local crew hires, equipment rental and vehicle rental in the thousands, as well as per diem for the crew who ate a ton of BBQ, enjoyed the nightlife, went to at least three Royals games and visited the WWI museum.

In a message later in the week, she went on to say,

Kansas City is one of the more progressive cities that has an established film office.  The presence and professionalism of the office afforded us the tools necessary to obtain all relevant information needed from permitting assistance to local business and personnel directories.  This allowed us to decide very early in the location selection process to include Kansas City as one of our qualifying cities.

The task of location selection is not a quick decision but a process of information gathering to best present locations to our client, NBC.  Union Station came to our attention when searching major cities and iconic structures and/or settings. Stacy has been fantastic and enthusiastic from our first call of interest. The entire management and staff of Union Station has exceeded our expectations.  Stacy and her team responded to all of our inquiries in a timely and accurate manner.

Our traveling staff and crew of more than 125 took full advantage of what Kansas City had to offer in the way of restaurants and cultural activities.  Some of the highlights included multiple meals of iconic barbecue, attendance at Royals games and visits to the neighboring museum.

We enjoyed hosting the production in Kansas City and we look forward to many more! 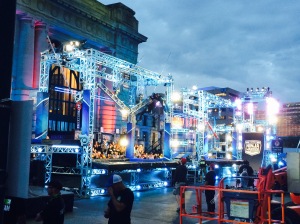