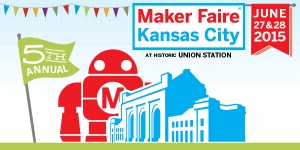 For the first time our industry will be giving a “show and tell” from Script-to-Screen on Level B at Union Station’s Maker Faire June 27 & 28. Last year 15,000 people came through Maker Faire and this year we expect 17,000-18,000! The public will  get to know our world interacting with us as we show them what we do – staged readings of original scripts, storyboards, talent, casting, cameras and equipment, makeup, wardrobe, post-production, special effects, screenings of work and special presentations.

Allan will present and Q&A on both days of the maker Faire at the main Innovation Stage. Allan has done character work special effects for the last 20 years. His credits include Captain America, RoboCop, Pacific Rim, Iron Man, Cowboys and Aliens, Thor, Alice in Wonderland and many more…

He was the founder and first president of KU Filmworks and graduated from KU in 1999.

A KC native, Heidi is an actress who is a part of the Sunday Company at The Groundlings, an improvisation and sketch comedy theatre in LA that have been performing and teaching for over 30 years.

The Groundling alumni includes Will Ferrel, Kristen Wiig, Phil Hartman, Lisa Kudrow and oh, so many more people who have made you laugh over the years.

Zeb is a comic book writer known for his work at Marvel comics as well as his television work on Cartoon Network’s Emmy Award winning cartoon, Robot Chicken.

With so many movies made from comics, Zeb has a first-hand account of where they begin and how they go from animatics to a show/film.

Sean is a writer/producer/director who gained notoriety with his directorial debut, Homecoming. He teamed up with the Altman family to co-direct a documentary, American Songwriter. Early in his career he worked on David Fincher’s Zodiac and has worked with award-winning producers at Jerry Bruckheimer Productions and Fox Searchlight.

This Kansas City homegrown talent will be sharing with us what it takes to put an independent movie together.

Kansas City-based, Quixotic Fusion, the creative visionaries of the project along with Bazillion Pictures and Bic Media will answer questions about the making of this award-winning immersive experience.

The project will have an encore screening Sunday at 12:30 pm.

Color grading and finishing is an essential part of the filmmaking process that the general public isn’t exposed to. Coloring helps tell the story and set the mood. Kansas City’s Talyre Jones of GradeKC presents a session and Q&A on his work and what coloring means to the movies we watch. 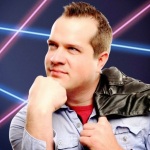 Jim is the Director of Animation at Ignition FX, a division of Fuller Creative. He recently did post-production and effects on an Ariana Grande music video, “Santa Tell Me.” He is currently working on a film called, “Paradox City.” Jim presents the process of post-production and motion effects.

Live staged readings of original short screenplays are being performed at the City Stage on Sunday, June 28. They made a special call for scripts for this event and will showcase them for the first time at Maker Faire!

Ron Green presents KCDigiKids, a presentation on digital storytelling, how it works and why it is  important for the future!