This special edition of KC Film Spotlight brings members of the Kansas City film industry together to honor our friend Rick Cowan, a pillar in our industry, who passed away suddenly August 8, 2016. Some of us knew Rick for decades, some of us met him this year – no matter how long you knew him, you felt like you “knew him.” The City of Kansas City proclaimed the date of his “Final Wrap Party,” August 17, 2016 forevermore “Rick Cowan Day.”

Production is like a big puzzle, some times you can find all the right pieces, other times you need help because one piece has fallen on the floor and is under the table.  Rick and I helped each other find the missing pieces no matter who’s job it was.            – K. Krieger

The people we visited with are directors, producers, production managers, art directors, and location scouts who worked alongside Rick Cowan for years. You may have your own memories to share – feel free to include those as a comment.

Jim Wheeler – I met Rick about 20 years ago.

Abby Dix – I am trying to pinpoint the year I met Rick, which escapes me, but it was long ago.

Bryan Mangan – I have known Rick for 30 years.

Melissa Willis – Ummm I don’t know…..I met him on “Ninth Street..” I was PA. The movie was released in 1999 but as with independent film it took years to complete and release. I’m sure the shoot I was on was around 1995?  It was the club shoot in downtown KC. The day was dedicated to the amazingly long and beautiful steadicam shot of the entire club starting at the front door.

Jim Wheeler – Claudia Wight introduced us.  She was an Executive Producer at BR [Bernstein-Rein].  Rick became my producer and after the first gig, he became my go-to guy.

Abby Dix –  I was the first person to hire Rick in the film business and what I remember most is his dogged persistence and incredible confidence at the time. He was just certain he should be in the business and would be a great asset if I would hire him.

Kathie Krieger – I don’t remember the job, there have been so many over the years.  I just remember seeing this sort of obnoxious guy wearing a long black trench coat sporting the longest mullet I’d ever seen and wondered “Who the hell is this?”  Rick’s “style” grew on us and we quickly realized that he filled an empty spot in our film family.  Rick was one of the better location scout / managers in the KC market at that time and he continued to amaze us with his capabilities as such.  In his early years he began working on longer format films and was fortunate enough to have a couple of them go to the Sundance Film Festival.  He was also an excellent producer and worked on many local, regional and national TV commercials.

Brad Slaughter – .  We first worked together when I was an agency producer and he was freelancing for Paddock / O’Farrell films on a Missouri Lottery project.  We were shooting a western-themed spot at Benjamin Stables.  His long duster coat fit right in with the other cowboys.

Bryan Mangan – I can’t remember when we met or how, but what sticks out in my mind was several shoots: One being the U-2 Music video, that was shot in KC years ago. Somehow Rick was able to work with the powers that be to pretty much shut down the entire city, it was a true WOW FACTOR. The 2nd one was the RX bourbon shoot, (another big one) that had many moving parts. I believe this is when he suffered his first heart attack and that one shook us all to our core! But when I called him right after, he was like normal, and he said some smart ass comment that would get me to laugh at his crazy personality and his take on life – you were one in a million Rick!

Melissa Willis – He walked up to me….introduced himself and thanked me for locking down a portion of the sidewalk. Then smart-ass bantering began. I was intimidated by him for about a year.

Jim Wheeler – On about the third shoot, I told an obnoxious client to go fuck himself.  Rick said something like,  “I think we can work together.”  Over the years he produced just about everything I did.  He also introduced me to a list of crew people with whom I had never worked.  The new crew slotted in with my regulars, like Roland and Roycee, Bill Thomas, and others.  I trusted him completely, and he never let me down.

Abby Dix –  Rick had already been bitten by the theater bug and absolutely loved it. But as few remember, his day job was selling windows, and quite a s salesman he was. He would not take no for an answer. He kept after me constantly, reminding me of why I should hire him and how he cold be a great A.D. in a market where there were none at the time. Finally, he said he would work for free on a job to show me how much he could do to help out on a job that needed an A.D. but had no budget. And the rest, as they say, is history.

Kathie Krieger – Again, it’s hard to pick just one because we’ve worked on so many projects over the years. However, I just had the privilege of working with Rick last week on a project for JNA Advertising on a KDOT drunk driving campaign entitled “Night Terrors”. The scenes were shot at night on a city street and there was very little time to pull all the logistical details together. But in true Rick fashion, when we arrived at 9:00 PM, the street was closed and void of cars. However, at 4:00 PM, it was quite a different story and when the agency producer, Bruce Montgomery and I both asked him if we needed to alert the agency that the street might not be clear, his immediate response was “Not yet, I’m not worried, I’ll get it under control.” By 7:00 PM he was having a nice dinner with his wife Wendy at a cafe near our set.

This was typical Rick, what seemed impossible, he made possible and made it look easy.  He was always like the Wizard behind the curtain, we never exactly knew what he did, he just made the magic happen.  He never let me down; I can only hope he would say the same of me.

Bryan Mangan – from now we will all be chatting about them to each other in the film family. Just one voice will be missing, but we will know he will be listening and making fun of us all.
I will always remember when he was producing a shoot – he would call me, and the first thing out of his mouth was:, “ You know this job doesn’t have much of a budget , and you know what that means” lol.. Yes I did my friend…I would then tell Rick to go back into the budget and find it – and then that amazing laugh starting coming out. Again and again… that I will miss the most — that great laugh…

I also couldn’t figure out how he could get out of so much work when it came to a wrap on a set, because I would hand him brooms and cleaning cloth, but they seemed to never work in his hands – and on very few occasions when he really wanted to get out of a location he would do a little bit, but even then he would say don’t tell anybody about this because I will deny it, and my response was, “no one would believe it anyway”.

Melissa Willis – I was PMing a shoot. He was ADing. He knew first hand I was getting verbally sexually harassed. Besides throwing some shit to the asshole he sent me a link….Shit People Say to Women Directors……it meant the world.

Rick was one of the few people from Kansas City I stayed in contact with when I moved away for 12 years. I never thought I’d move back. When I did…he gave me my first couple of jobs. But not without giving me complete shit…..”fuck another producer moving back just what we need,” He gets me work and I ask him to direct 2 PSAs for Literacy Kansas City, for free! Rick was in 100% and we had a blast! To me he was truly a director at heart. We spoke many times of his passion for directing.

Jim Wheeler – Besides being a wit and a great guy to spend time with, the thing I remember most is how good he was at his job.  Zero defects carried out with humor.

Abby Dix – I will never forget Rick, his wicked laugh, his voice and his antics. But I will also not forget his driving ambition to be in the film business and be the best he could be.

Kathie Krieger – His mullet, we used to kid him about it all the time and threaten to get the scissors out when he was taking a nap.  His often sarcastic off-color sense of humor and his

willingness to help anyone who asked for it.  He has mentored a number of young professionals in the business today.  I could call Rick up and ask a question and he’d do his best to help me out, it didn’t matter that he wasn’t on the payroll.  He and I helped one another all the time.  Production is like a big puzzle, some times you can find all the right pieces, other times you need help because one piece has fallen on the floor and is under the table.  Rick and I helped each other find the missing pieces no matter who’s job it was.

I also remember how his face lit up when he talked about his family, especially his grandchildren and his wife Wendy. Rick will be missed by all, he was a very unique individual. There will never be another Rick.

Brad Slaughter – Rick was always a source of calm on the set and the guy that knew all the rules. He will be missed in may ways.

Jordan Brady – Like many, I’ll always remember that laugh. And the one thing that touched me was when shooting – or filming rather – a deer for a Missouri Lottery spot, we stopped to visit Rick’s mom. His demeanor and respect for her was so sweet and doting.

I’ll also remember Rick Cowan as the only person known to have actually purchased a PT Cruiser.

Melissa Willis – His laugh. How he always said “Hi Sweetie”. He’d call to hang out with tickets to a concert if Wendy couldn’t go. We’d trade-off on who bought dinner. It’s my turn.

KC Film Office: Rick championed our film industry – he brought people up and started them in the business, when he learned someone was down on their luck – they’d wind up on Rick’s next job, and he was always willing to do anything he could to help out a person or project. Rick rallied the KC industry to support state film incentives and consulted on the new local incentive. He knew the business, called it like he saw it, shared his knowledge, led by example and always reminded people life is meant to be enjoyed. His humor is unmatched in wit and satire. He became a Facebook legend with his hilarious daily posts. He was the birthday video king – always finding just the right one to make you laugh. His legacy lives on in all of us and will always remind us to be good to each other, to keep the big picture in mind, laugh often and “blow shit up” once in a while.

MUST LISTEN: Podcast interview on “Respect the Process” with Rick Cowan by director/show host Jordan Brady where Rick’s advice, humor, candor and experience all shine through. LISTEN HERE 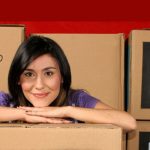