I have just returned from Brazil where I worked as Broadcast Venue Manager during both Rio 2016 Olympic and Paralympic Games.

Each month we talk with an influential individual in our film industry and this month we have the opportunity to learn about a KC woman who recently worked at the Rio 2016 Olympic and Paralympic Games – Michele Fatturi.

KCFO: You’ve spent most of your career living and working in Brazil. Are there any distinct differences between producing American media versus Brazilian media – how is it the same/how is it different?

MICHELE: It is hard to trace this parallel at the moment because in Brazil I have worked for over 12 years mainly for TV and Radio but in KC my working experience is in the cinema area and not yet TV.

Brazil has a great tradition in TV and advertising, being considered one of the best in the world for its high production standards. So, both countries share leading roles in this area and highly qualified professionals. However, the US produces more globally distributed content while Brazil produces for local and Latin markets. I think that’s the main difference. Also, as we deal with much smaller budgets, Brazilian professionals are very good at finding solutions outside the box to solve problems when resources are limited and crews are smaller. It’s the so called “jeitinho brasileiro”(Brazilian way) applied positively. I would say we are very resourceful.

It is also the difference between a KC media professional and someone from New York or the West Coast, for example. With less productions and smaller budgets you guys here need to do way more juggling to get things done, what makes the local talent very versatile.

KCFO: You’ve produced content for large entertainment companies like MTV and ESPN. Can you give us an example of a project(s) you worked on at each and what your role entailed?

MICHELE: I worked at MTV for four years in different roles. First as a producer/reporter, then production coordinator and, in the last two years, as director and presenter of MTV News for Southern Brazil. It was such a great experience because MTV gives you a lot of freedom to create and to do things your way. That’s why, at least in Brazil, the channel was for years a great source of new talent for the country’s media. Apart from MTV News I worked as producer and reporter for many of the main MTV shows and as well live events such as VMB (local version of VMA’s), MTV Live, MTV Unplugged, MTV Rock & Gol (MTV Soccer tournament with bands and celebrities) and many others.

In connection with ESPN Brazil I worked as Executive Producer for a 10 episode series called Reviva Canal 100. It was produced by Ovo em Pé and Canal 100, the biggest historical cinema footage archive of Brazilian soccer, in partnership with ESPN Brazil. It was a great honor because we had to locate and bring to the studio the greatest Brazilian soccer players of all time, gather them together to watch rare footage that we restored, recollecting and talking about their most remarkable matches and goals. As a Brazilian, naturally a soccer fan, this was a great pleasure to do but also a great responsibility to do it right because the audience would be very critical. And the result was beautiful. It aired on ESPN Brazil last April.

KCFO: You’ve taken on a variety of roles in your career including Executive Producer, TV presenter, Production Coordinator and Tour Manager to name a few. Is there one role that you feel most at home in?

MICHELE: It was a dilemma for me for a while. I got myself deeply thinking about which of the things I’ve done I was better at and made me happier. Then I just realized how they are actually all connected. I am a journalist but, over all, I am a producer and production is an art. See, as Executive Producer, Production Coordinator, Location Manager, Tour Manager or Broadcast Venue Manager, you need the mind set of a producer. You have to see the project in its full complexity, be able to manage people and keep a good vibe of the team at all times, take a lot of pressure, solve problems quickly and deliver, no matter what. So, any role that involves this mind set makes me feel at home, especially if it’s for TV and media content.I like the heat!

KCFO: What has been one of the most enjoyable projects you have worked on?

MICHELE: Even though my passion is television and I’ve spent most of my career working on it, I really enjoyed my radio experience. The radio was called Oi FM and it was quite like 96.5 The Buzz, dedicated to new music and alternative artists. It was part of a national radio network that I was a big fan of and I started working there after they finally started a station in my town with a local crew. I was hired as production coordinator and also had my own show. It was a dream to be part of the birth of that radio station and to work there for almost four years. So much fun and pride in what we were doing.

Similar feeling to working as Broadcast Venue Manager during Rio 2016 Olympic and Paralympic Games. These are two of the biggest live sports events in the world so the pressure you are under is very high. At the same time everyone feels so proud and enthusiastic about the job they are doing that it makes everyday at work very enjoyable. The feeling being part of that is hard to describe.

KCFO: How did you find yourself living and working in Kansas City?

MICHELE: My husband is from KC. We met in Brazil when he was living and studying there. I was doing my masters in TV Management at the same University he was attending. Last year, after our wedding, we decided to be based in KC because he was working here and I, as a freelancer, could work anywhere. Kansas City was such a great surprise for me. Coming from Sao Paulo, the fifth biggest city in the world, I was afraid to move here and not adapt well but that fear didn’t last long. KC is an exciting place, to be honest. The city has a lot of pros that a big metropolis has to offer but without the cons.

I enjoy living here and how people are generally so open and kind.

KCFO: As a new member of the KC film production industry, what are your observations about our city, industry and crew base?

MICHELE: I see Kansas City in a very vibrant moment, with different areas such as technology, art, cinema and video growing everyday. There is a lot of potential here to become a new production center just like what happened with Atlanta. We have a lot of very qualified professionals, excellent locations that are not too costly and the support of the city’s administration. I think all of us, professionals of the local industry, should work together to make it happen so we could retain our talent and generate local growth. Also the job you guys are doing with the KC Film Office is very important to help in this development.

KCFO: What organizations or projects have you become involved in since coming to Kansas City?

MICHELE: I was really lucky when I just got here. I had the honor to work as Location Manager for a local feature film called Order 86, a spy thriller produced by Merry BanD Productions and directed by Richard Buswell. It gave me the chance to get to know the whole city as I had to scout for more then 30 locations. The full cast and crew had around 150 people so I got to know a lot of local talents and make good friends. Also, Richard is an amazing person to work with. He is an experienced actor, stunt and fight choreographer. This was his first feature as a director and he did a great job. The movie is now in post-production and should be released in 2018. Independent cinema is always challenging so we all hope the movie can have a theatrical release.

KCFO: What was the most recent project you worked on?

MICHELE: I have just returned from Brazil where I worked as Broadcast Venue Manager during both Rio 2016 Olympic and Paralympic Games. I was responsible for overseeing the host broadcasting operations at one of the Soccer arenas (São Paulo) during the Olympic Games, and during the Paralympic Games worked at the Judo and Wheelchair Fencing arena (Rio).

It was my first Olympics and Paralympics and the first ever to take place in Latin America. It was such an amazing experience, working with some of the best in the world at what they do and in the most culturally diverse environment possible. It was very gratifying to take part in such a unique event, helping bringing it to the whole world.

Michele, thank you for taking the time to chat with us about your career in Brazil and your new chapter in Kansas City! You can find Michele Fatturi listed in the KC Production Guide at this link. 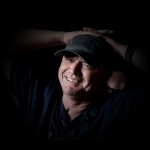 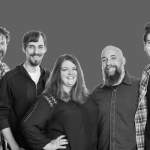